“For I know the plans I have for you,” declares the Lord, “plans to prosper you and not to harm you, plans to give you hope and a future.”  Jeremiah 29 v 11 ( New International Version)

I love this verse of scripture. I can’t think of a better verse to meditate upon at the start of a new year.

Many people expect Christians to have little worries or concerns. We have faith, we have hope, we pray and we serve a living Saviour. How could we possibly enter a new year with uncertainties? Do we not trust God enough? Do we have doubts? What are we afraid of?

Like everyone else, Christians have hopes and dreams, fears, disappointments, good times and bad. That’s just life. The key is keeping our eyes fixed on God and holding on to His promises. Then we can enter the New Year with hope and anticipation of what lies ahead.

When the Unexpected Happens

I was diagnosed with a rare bone disease in 2014. I already had serious autoimmune health issues but I was able to live with those with some limitations. The bone disease was a whole different story. My left femur broke in two spontaneously, followed a year later by my right femur fracturing. Then my feet and other bones soon joined in. No cure, no treatment, a progressive rare disease that doesn’t even have its own name.

I wasn’t expecting that to happen. Apart from severe pain in my left thigh, three weeks prior to the break, I had no real warning.

Would I have liked to know? The more I ponder that question the more strongly I feel that my answer is, “No. I’m so glad I hadn’t a clue”

If I had known what was to eventuate in 2014, I wouldn’t have lived my life to the fullest. I would have been waiting for that moment, planning for an event that was just going to have to take care of itself anyway. God knew it was going to happen and He knew every single detail of that moment that my leg snapped. He knew what I would need, who I would need and where I needed to be when it happened.

Seeing God in the Midst of the Unexpected

I was surrounded by evidence on that day that God had gone before and prepared a plan for me, a plan to give me hope and a future. My Aunt had just arrived in Australia from the UK for a holiday. She had recently retired as a Registered Nurse and she knew just what to do in the moment of crisis. My Cousin had also joined her on the holiday. As a strong young guy, he was able to help my husband move furniture so the paramedics could get to me upstairs. I was at home when the leg snapped and to me, that was the biggest miracle of all. We had 6 hours prior been at the International Airport picking up my Aunt and Cousin. How relieved I was that it didn’t happen there! I really didn’t know what was to come from this event in terms of my life’s purpose. I was pretty much in and out of the hospital for the next two years having major surgeries and complications. All I could do was focus on surviving and trusting God that he would go before me every step of the way. Those two years are a bit of a blur but I do remember the amazing peace I felt at every turn. It was a peace that passed all understanding and I know God blessed me with it to sustain me.

At the end of last year as the New Year was approaching. I had a sense of losing purpose in my life due to my health. I was enjoying blogging but I couldn’t see anything ahead in 2017 apart from pain, more surgery, pain, repeat.

Three weeks later, I heard that still small voice of God encouraging me to start an online support forum for people with chronic complex and rare diseases. It was concerning me that many people had such complex diseases that didn’t fit neatly into the particular box that other online support forums needed ticking. I had an overwhelming sense that chronically ill people needed a broader outlet where they could share as much or as little as they liked about their health and how it was impacting their daily lives.

So, I stepped out in faith and I started the forum on the 14th January 2017. I called it Medical Musings with Friends as an add-on to my blog. I really didn’t have a clue how I was going to reach out and find people with a genuine need to join the group.

A week later, “The Mighty” published my first article. I nearly didn’t submit the article because I felt I would probably be wasting my time.  I felt my writing wasn’t good enough.  The first submission never arrived as they had a system failure.  An email was received from the Editor, three weeks later, saying all articles submitted during certain dates must be resubmitted. That delay actually turned out to be another gift from above.

I again thought there was little point in submitting and I was about to delete the email when I suddenly felt, “oh just do it…you’ve got nothing to lose”. So I quickly decided to add my link to my online support forum and resubmitted.

That article was published the next day and resulted in over 1400 likes and countless people reading it and finding the forum.

The rest, as they say, is history.

The forum is turning one on January 14th, 2018 and has over 1400 members internationally. God knew the plans he had for me and the purpose he had for me was to reach out to others in similar situations to my own. Every little detail has been planned by His hand, not mine. The delay in my first article being published was an absolute Godsend. When I first submitted it I had no clue I would be setting up a forum.

Trusting God With Your New Year

Knowing God, loving God and serving God, doesn’t mean life will be without trials and tribulations. Quite often there are continuous twists and turns and spiritual battles along the way, especially when we seek to do His will.

Knowing, loving, and serving God, doesn’t mean life will be without trials and tribulations. -@Med_Musings

There is another verse of scripture that I hold very close to my heart, particularly when everything seems overwhelming and complicated:

“Beloved, do not think it strange concerning the fiery trial which is to try you, as though some strange thing happened to you; but rejoice to the extent that you partake of Christ’s sufferings, that when His glory is revealed, you may also be glad with exceeding joy” (1 Peter 4: 12-13 New King James Version)

If you are feeling concerned about the year ahead, step out in faith. God will carry you through every moment, day, week and month. You don’t need to worry about the intricate details. You just need to be in step with His plans and purpose for your life.

“You don’t have to see the whole staircase. Just take the first step” I pray your first step into 2018 will be full of hope and anticipation, of all that God will do in your life and through your life, throughout the coming year. 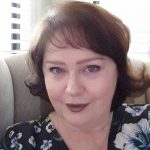 Sam retired early, from an Executive Management career in Banking, due to a rare bone disease. She is the founder of an online support forum "Medical Musings with Friends", a place where the hand of friendship & understanding is offered to anyone living with the effects of chronic disease.

Singing Christmas Carols With a Child Heart
Start Fresh This Year: How to Enter God’s Rest